During his first term, Councilmember Nehring has prioritized public safety, family-wage jobs, and lower taxes. Nate is committed to continuing and building upon this work if elected to a second term.

Councilmember Nehring worked with the cities of Arlington and Marysville along with the Snohomish County Sheriff’s Office and Human Services Department to establish the North County law enforcement-embedded social worker program. This program teams up police officers and social workers, who do outreach in homeless encampments in order to connect those who are struggling with homelessness, drug addiction, and/or mental illness with the services they need in order to get back into a healthy and sustainable lifestyle. Unlike other programs, this one seeks to hold criminals accountable. Those who refuse treatment and instead commit crimes are arrested and prosecuted. This carrot-and-stick approach has had great early success, with over 400 individuals successfully obtaining services such as detox, treatment, housing, and job training.

Along with the law enforcement-embedded social worker program, Councilmember Nehring led the charge to ban harmful heroin injection sites from Snohomish County. After touring an injection site in Vancouver, B.C. and witnessing the destruction it caused, Nate introduced a land use ban on heroin injection sites which successfully passed on a unanimous 5-0 vote at the County Council.

Following a ride along with the Sheriff’s Office of Neighborhoods, Code Enforcement, and the Health District to various chronic nuisance properties in North Snohomish County, Councilmember Nehring worked with these agencies to draft legislation to give them the tools to get these properties cleaned up. Before the passage of this legislation, there was little which could be done about squatters, trash, and drug crimes plaguing various neighborhoods throughout Snohomish County. Now that this legislation is in effect, county staff have the tools they need to work with neighborhoods on addressing these issues and have shared several great success stories.

As the Chair of the County Council during the 2021 budget process, Councilmember Nehring supported important criminal justice reform efforts while rejecting the radical calls to defund/abolish the police. Snohomish County has maintained its funding for important public safety needs and Nate is committed to continuing the prioritization of public safety into the future.

As a former teacher, Councilmember Nehring saw the need for students to have multiple options for successful career pathways following high school. While there has been a focus on four-year colleges, there are many trades jobs with good pay and benefits which remain open due to a lack of qualified applicants. To address this problem, Nate brought together community leaders from local school districts, labor unions, and businesses to create the Regional Apprenticeship Pathways (RAP) Program. This program allows for students throughout Snohomish County to receive hands-on training in high school to prepare them for successful careers in the skilled trades. Upon successful completion from the RAP Program, students earn their high school diploma, a college credential designed by Everett Community College, and preferred or direct entry into a state-certified apprenticeship program following high school. Councilmember Nehring worked with state legislators to secure funding in Olympia for this important program, which now benefits high school students throughout Snohomish County.

Councilmember Nehring supported the creation of commercial air service at Paine Field Airport. This is a huge opportunity for our local economy and jobs and was made possible through a Public-Private Partnership with Propeller Airports. Propeller has brought in over $40 million in private investment into this one of a kind airport, which has won statewide and national awards for excellence.

During the difficult economic times ahead resulting from factors such as Boeing reducing its local workforce and the COVID-19 economic shutdown, it is critical that county leaders are focused on growing jobs and fostering a healthy local economy so that businesses, workers, and families can prosper. This has been and will continue to be a key priority for Nate.

Councilmember Nehring has consistently opposed unnecessary tax increases at the county level. Nate has been influential in the county budget process by advocating for balanced budgets with no tax increases. In each of the four budgets he has voted on, there has been no increase to the general property tax levy for the county.

Before Nate joined the Council, Snohomish County had a rainy day fund of just $25,000 set aside. By prioritizing fiscal responsibility, Councilmember Nehring worked with other members to set aside $4.5 million to the rainy day fund over the past few years. As a result, Snohomish County has been in a solid financial position to weather the storm brought on by the COVID-19 economic crisis and has not resorted to increasing taxes to cover revenue shortfalls as other governments have.

Businesses, workers, and families have all had to tighten their belts as a result of the COVID-19 economic shutdowns. Councilmember Nehring strongly believes that government must be responsive in the same way by cutting unnecessary expenses rather than raising revenue through tax increases. If elected to serve another term, Nate will continue to fight against proposals to increase your taxes. 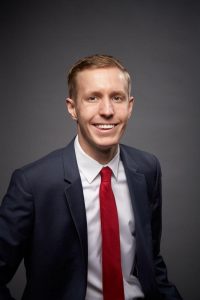 Paid by Friends of Nate Nehring